Antequera is one of the few towns which, since yesteryears, has two fairs in its festivities’ list. However, it does not attach more importance to one than to the other, as it tries to keep the peculiar character of each one of them. We should not forget that both fairs are considered as “Fairs of Andalusia Tourist Interest”.  When we talk about the  Spring Fair, we are talking about AGROGANT; that is, the Farming & Livestock Fair of Antequera, which in addition has been declared “Provincial Fair of Tourist Interest”. There, several and different  events get together:

Exposition of Farm Machinery, Agro-Food Fair, Competitive Tendering of Malaga goat, Horse Championship, Photo-Marathon and activities to promote the tourism in the town.  The Fair in May was created in 1856 to increase the commercial trade and boost the industrial and farmer activity of the town. However, with the passage of time, it lost that character and started to be almost exclusively devoted to livestock and farmer machinery dealing, and to emphasize the recreational and entertainment aspects.  And thus, including the samples of agro-food products, it has arrived up to date. 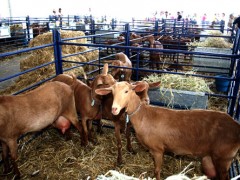 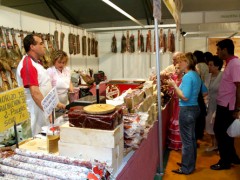