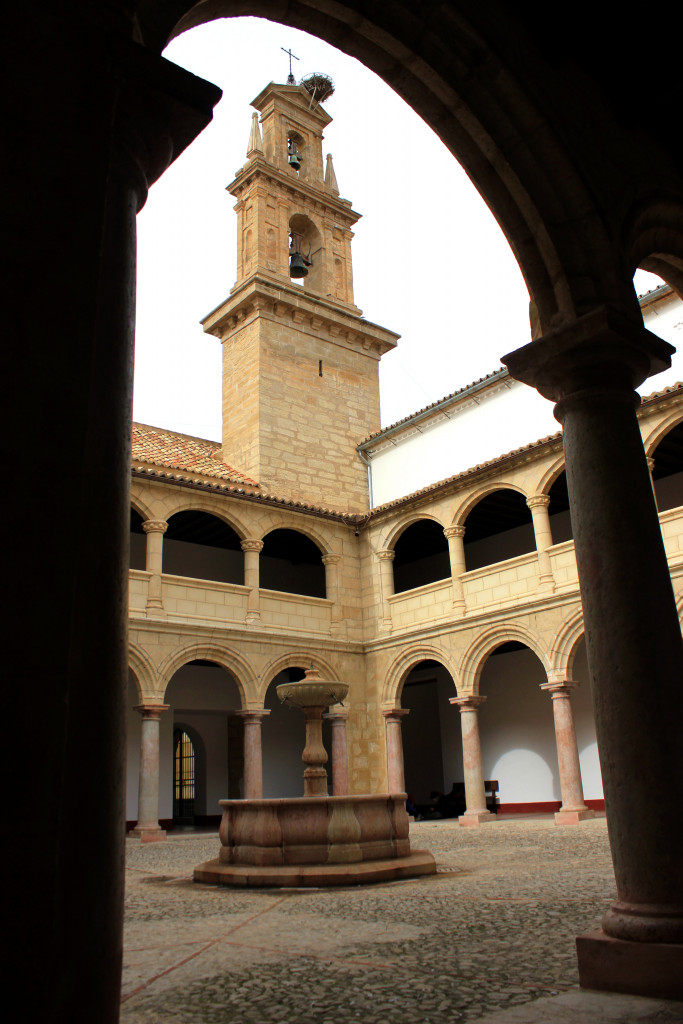 Antequera Town Hall Tourism Department.The Catholic Monarchs, by Royal Charter given in Granada on the 18th September 1500, awarded the license to the town to cede land to the Franciscans Observantes so they founded a monastery and an orchard. The church, late Gothic or Catholic Monarchs style, answers the design of the Franciscan temples of that period, with the nave covered by wood framework and the High Chapel with cross vault. However, those elements changed very much due the the magnificent plasterworks from the Mannerism period. The church’s floor plan is quite irregular. The Gospel nave, which is bigger, has got seven stretches while the Epistle  has only got two. From the original Gothic work, we still keep several vaults in the side naves, the big vault in the High Chapel and the church front. The latter is a very interesting example made in sandstone, consisting of a basket-handle arch with archivolts and thin little columns which become smaller as they get closer to the door span; all of that is decorated with the tied Franciscan cord. The portico crenellated wall,  which front is of the late 16th century, and the two belfries belong to a later period to the foundation of the monastery. The biggest belfry was partly paid by the town in 1599; the other one, that of the Chapel of the Sangre y Vera Cruz (Blood and Vera-Cruz) was built in the late of the 18th century. Inside the temple it stands out as an important covering element, the Mudejar coffered ceiling of the Central Nave, where the usual bows are replaced by a colourful polychrome decoration which is nowadays quite damaged. A big pointed transverse arch, in whose keystone was added an enormous and strange head, supports a proto-Baroque cantilever that gives way to the High Chapel. There, it must be pointed out the cross vault redecorated with plasterworks. Until the late of the 18th century, the altarpiece consisted of fourteen paintings by Antonio Mohedano. The present altarpiece is by the Antequera religious painter Antonio Palomo, in a general transitional Rococo-Neoclassical  style. The central niche is occupied by the image of Our Lady of Vera-Cruz, a beautiful Dolorosa (Lady of Sorrow) made by Jerónimo Brenes in 1614. On both sides of the altarpiece, in the prebistery, there are two good copies of Rubens. At the foot of the Gospel side, it is the chapel of the old Cofradía de Flagelantes  de la Sangre y la SantaVera-Cruz (Scourging Fraternity of the Blood and Saint Vera-Cruz), recently restored. There, it stands out the big cross star vault and the Baroque niche of the Nazareno de la Sangre (Penitent of the Blood), built in 1720 and reformed later on. The image of the Penitent was found by Diego de Vega around 1580. The Santo Cristo Verde (Saint Green Christ) is by Jerónimo Quijano. There are two interesting paintings before reaching the storm door: The Martyrdom of Saint Andres and the Martyrs of Japan, being this one very odd due to the rare subject matter