On the 18th of July 1989, El Torcal was qualified as a Natural Park Reserve in order to particularly protect the so important nature values of the area, such as the geomorphology, flora, fauna and landscape. It is located in the center area of Malaga province and it is part of the limestone arc formed by the Subbaetic mountain range.It is almost entirely located within the Municipal area of Antequera, on the South.

Within a small area (11,7 km2 ) it encloses one of the most striking karst landscapes in the whole Europe. From the geomorphologic point of view, it includes four well-distinguished areas: Sierra Pelada, Torcal Alto (High Torcal) Torcal Bajo (Low Torcal), Tajos (ravines) and Laderas (slopes). The whole massif is formed by limestone rocks which were originated in the seabed during the Jurassic period, around 150 millions of years ago. The materials placed under the sea uplifted as a result of the Eo-Alpine phase. Later on, a series of fractures caused several cracks and fault systems which formed what we now know as alleys or “corridors”. Since then, the rocks are subject to the characteristic karst model of erosion which causes the so-called “imitative forms” and what makes of this landscape a real museum of natural sculptures, being some of them individually recognized. El Torcal is a geographical area with a rich and varied flora, with at least 664 species of plants grouped in almost one hundred families. With regards to the fauna, it has to be said that in many times, it has been determined by the man’s use of the environment. However, there are numerous species of invertebrates, most of them insects. There are not large predators or herbivores, as the only examples in this sense are the foxes and the Spanish goat. Indeed, one of the most outstanding values of the fauna existing in El Torcal are the birds, both the sedentary and migrant ones, as well as those that just stop here to nest. In that sense, the mountain range was declared as a Special Area for Bird Protection. Regarding the reptiles, they largely depend on thermal factors; thus, they are in full activity in spring and summer, when they can often be seen. 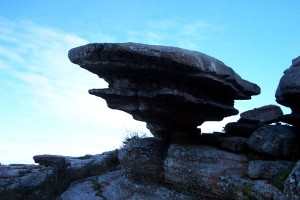 El Torcal Natural Park Reserve in Antequera has got an Area of Public Access, in the El Torcal Alto, where visitors can enjoy the Visitors Center with a Space for the Nature Interpretation, a multiple uses room where it is showed a 15 minutes documentary, a shop for local and craftwork products, a restaurant with spectacular views where homemade food is served within a family and cozy atmosphere.  There is also an information point and toilets. 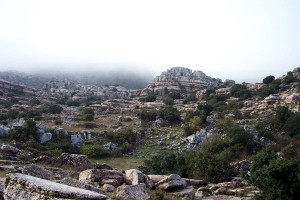 The building has been designed for handicapped people. Of course, you cannot leave without going to the Mirador de las Ventanillas (Small Windows Viewpoint) where you will enjoy a stunning view of Villanueva de la Conception, the Río Campanillas’ area, Málaga and, on clear days, the African Continent. Trucks: “Ruta Verde” (Green Route): a pedestrian track that starts at the parking area and goes through the Torcal Alto, low difficulty, 45 minutes. It is perfect to watch the vegetation, geology, the rock formations made by erosion, the stockbreeding action, and the fauna. It is also used for activities of environmental education. 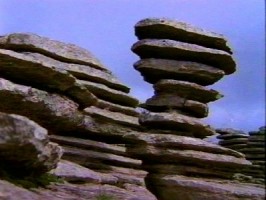 Galeria
We use cookies to ensure that we give you the best experience on our website. If you continue to use this site we will assume that you are happy with it.Ok