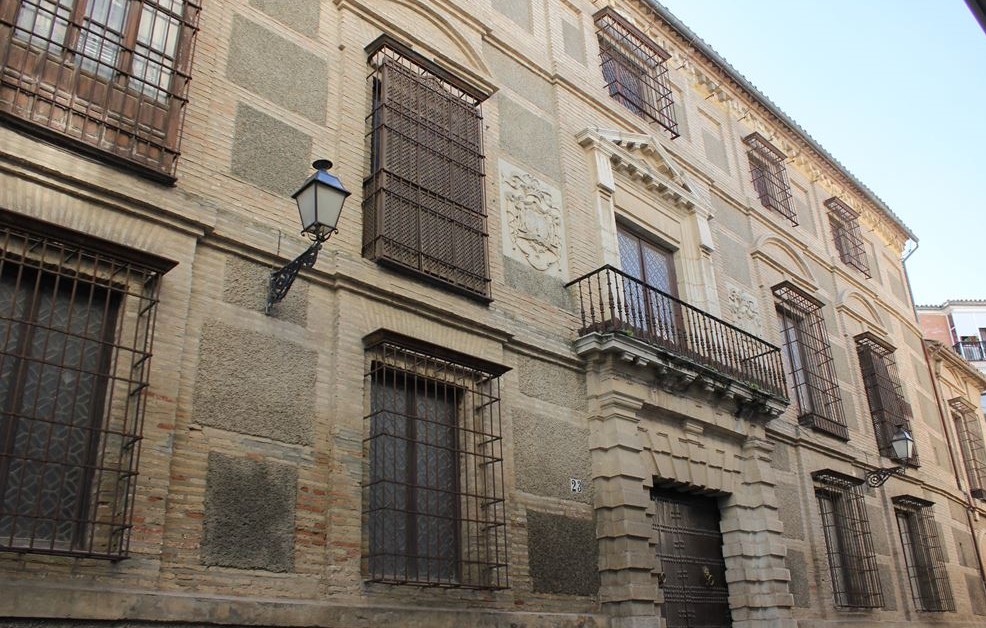 Antequera Town Hall Tourism Department. It was constructed in the early17th century. The façade has got two floors and a large attic. It is divided into five vertical sections, plus another two which were added afterwards. The front is a very interesting example of the civil Mannerist style in Andalucia. The first section has got dressed Tuscan pilasters; the second section has got encased pilasters, entablature and triangular shaped pediment decorated with Jaca-style checkered mouldings. These pilasters are crowned with large triglyphs bordered with drops which are more protruding in the lower part. This is a resort very much used by the Italian Mannerist artists who were influenced by the Michael Angelo’s latest works. Behind a beautiful iron gate, we access to the interior of the Palace through a large hallway which is bigger on its left side and covered with a very simple coffering ceiling. The courtyard is quite original with regards to the local architecture, as it has got a single gallery wing with three overlapping loggias. It also has got Tuscan columns and half-barrel arches on the ground and main floors and architrave structure on the last floor. The galleries are open to a cozy garden which was renewed in the early of our century with certain Romantic air.

On the first of October 2013, the Governing Council of the Autonomous Community of Andalusia agrees to register the house of the Marquis de las Escalonias in the General Catalogue of Andalusian Historial Heritage, classifying it as a monument.