Gardens of the town 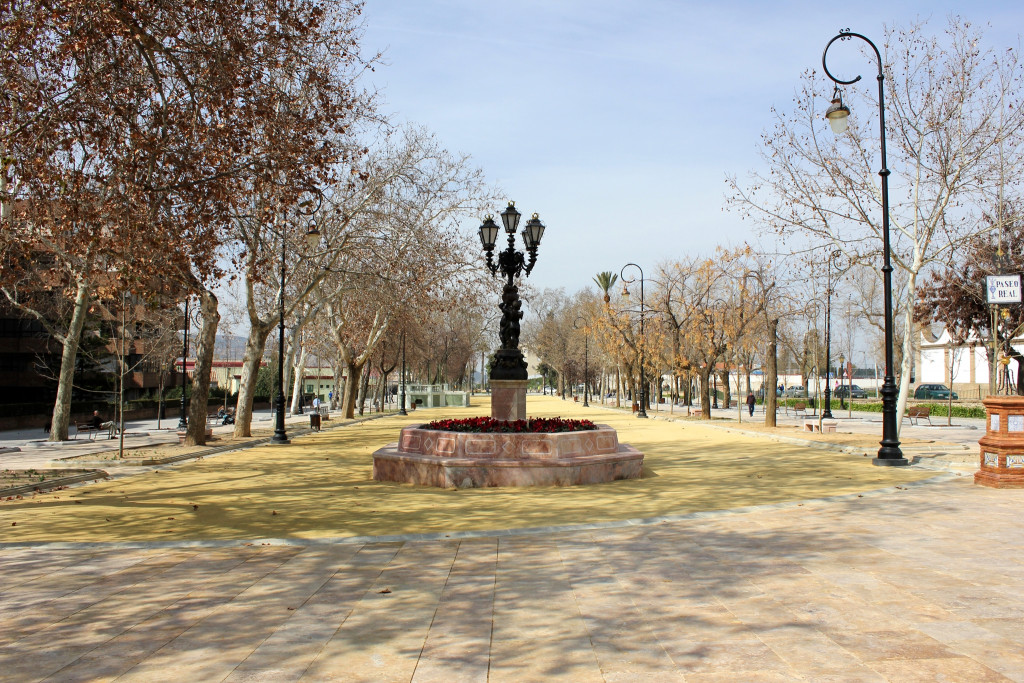 Antequera Town Hall Tourism Department. There are several green spaces in the town, although may be one of the most important is that surrounding the Bullring, with several well-distinguished areas. On the one hand, it is the so-call “Paseo Real” (Royal Promenade) with a cozy bandstand used by the Municipal Band to perform outdoors concerts. At the end of this space, it is the so-called “La Negrita” which currently is a big playground. Crossing the road, we find the largest garden space, with several outstanding points: the María Cristina garden roundabout; the place known as Corazón de María; and a beautiful sport little bit up known as Corazón de Jesús, where there is a monumental sculpture by the Malaga sculptor Paco Palma. Following this space, we arrive, in front of the bus station, to an artificial lake called “Los Patos” (the ducks). Another important garden area is that made at the foot of the Puerta de Granada (Granada Door) which has been called the Jardines del Rey (Gardens of the King) as they were inaugurated by the His Majesty, Don Juan Carlos I, in 1998. From there, there is one of the most impressive views of the high part of the town.