Places > What to do > Heritage > Religious Architecture > Capuchinos Church
Previous Next 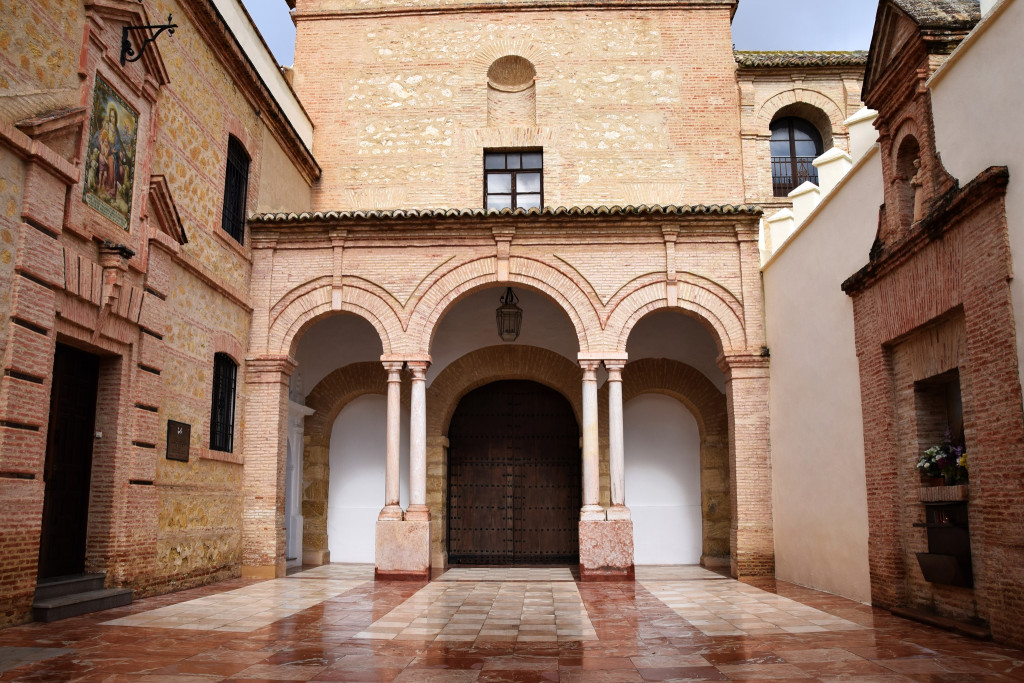 Antequera Town Hall Tourism Department.  The temple was consecrated in 1658. As the Capuchin Religious Order used to do, the inside of the temple is extremely simple from the architectural point of view. It has a Latin cross floor plan, being the nave, cross arms and flat East-end covered with semicircular vaults with lunettes and transverse arches. The semicircular vault in the transept rests on pendentives decorated  with coat of arms in Mannerist-style plasterworks. The outside of the church was modified in the last century. From the first period, we still keep the portico’s façade which is crowned by a brick niche with the sculpture of Saint Francisco made of white limestone from El Torcal . The inside decoration reflects the decorative models of the Capuchin Order. In this sense, we have the High Altarpiece consisting of ten paintings framed with simple moldings. The iconography is about Franciscan subject-matter and it is set out around a big central painting depicting the Immaculate venerated by Saint Francisco and Saint Buenaventura.