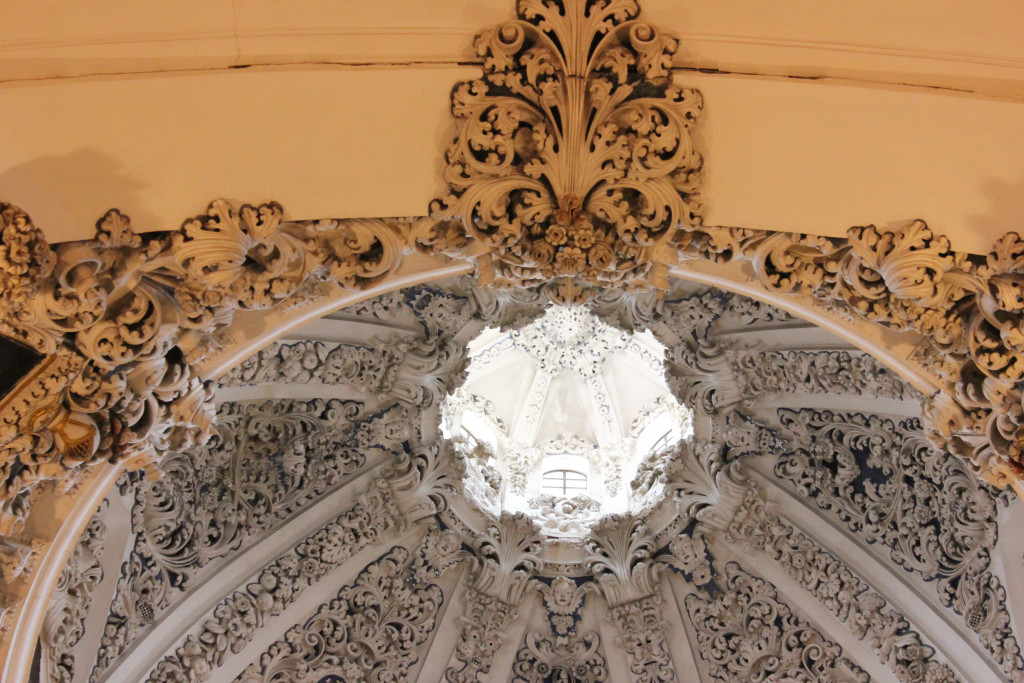 Antequera Town Hall Tourism Department. From the original Hospital building, it is still kept the main courtyard erected in the second-half of the 18th century whose higher gallery and the stairwell were restored later on.  This stairwell, probably erected late  in the 18th century, is the only example in “imperial” style from those in Antequera. The vault, although in a lower scale, is a copy of that of the Los Remedios convent, now the Municipal Palace. The Hospital façade, which was quite damaged, was restored to its original design in 1986 following the” shell-façade” model.