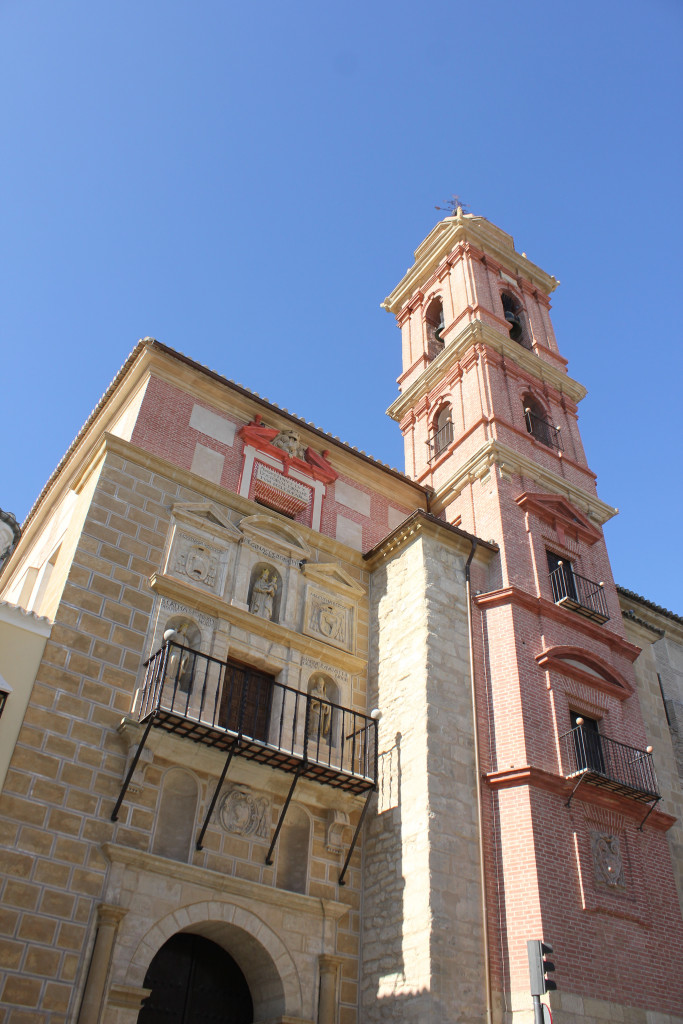 The Saint Agustin’s old convent was built between 1550 and 1556, being the building works for the general structure directed by Diego de Vergara. In the Mannerist-style façade stands out a projecting balcony which gives certain civil air to the building. The tower, also in Mannerist-style and constructed in two different periods, rises until the roof cornice. It has got a bulbous spire and it is inset between two buttresses. This tower has been restored in 2012 by the Historical Heritage Department of the City Council of Antequera. Among the many repairs undergone by this temple, we must point out the one made in 1668, when the Mudejar coffered celing of the nave designed by Diego de Si Loe was changed for the present barrel vault with underpitch vaults. The access to the High Chapel, which was redesigned in Mannerist style, is through a big semicircular triumphal arch. It has a rectangular floor plan covered with a Gothic vault decorated with platerworks and paintings depicting the Saint Agustin’s life. Thus, it creates a quite well-balanced spatial unit with stuccowork ornamentations of fruits, coat of arms, heads… In the central nave, we find the Saint Rita and Saint Barbara reredos, and the Chapel of the Santo Entierro (Saint Burial). In the Gospel side there are interesting chapels for their covers and the architectural elements to access to them. Inside the church there are several reredos of different styles.

FRATERNITIES OF THE TEMPLE: POLLINICA (little donkey). It stars the Holy Week processions in Antequera, being one of the Fraternities more recently established in the town, as it was founded in February, 1949. It went in procession for the first time in 1950, with the image of the Entrance of Jesus in Jerusalem, which was purchased and ceded by the Association of Fraternities. The sculptural group was made in a workshop of Olot (Cataluña) and it depicts Jesus riding a little donkey in front of a palm tree and accompanied by a woman with her child and two young people who cheer and acclaim Him with palm and olive sheets. In 1956, the procession was joined with the image ofMaría Santísima de la Consolación y Esperanza (Sanctity Mary of Consolation and Hope), of the late 17th century, which was ceded by the Agustin Sisters and attributed to José de Medina, although Her features remind the works by Montes de Oca. The image was previously named Consolación y Correa and had a Jesus Child. It goes in procession under a green canopy in Antequera style with appliqué lace embroidery which was used for the first time in 2000. After having been moved in 1968 to the old Saint Agustin’s convent, this Fraternity’s iconographic cycle is completed  in 1961with Jesús Orando en el Huerto (Jesus Praying in the Orchard), replaced in 1974 for the present image by Andrés de Carvajal, of the 18th century, and adapted by Antonio Checa. It depicts Jesus kneeling at the foot of an olive tree while an angel is offering Him the Passion chalice.